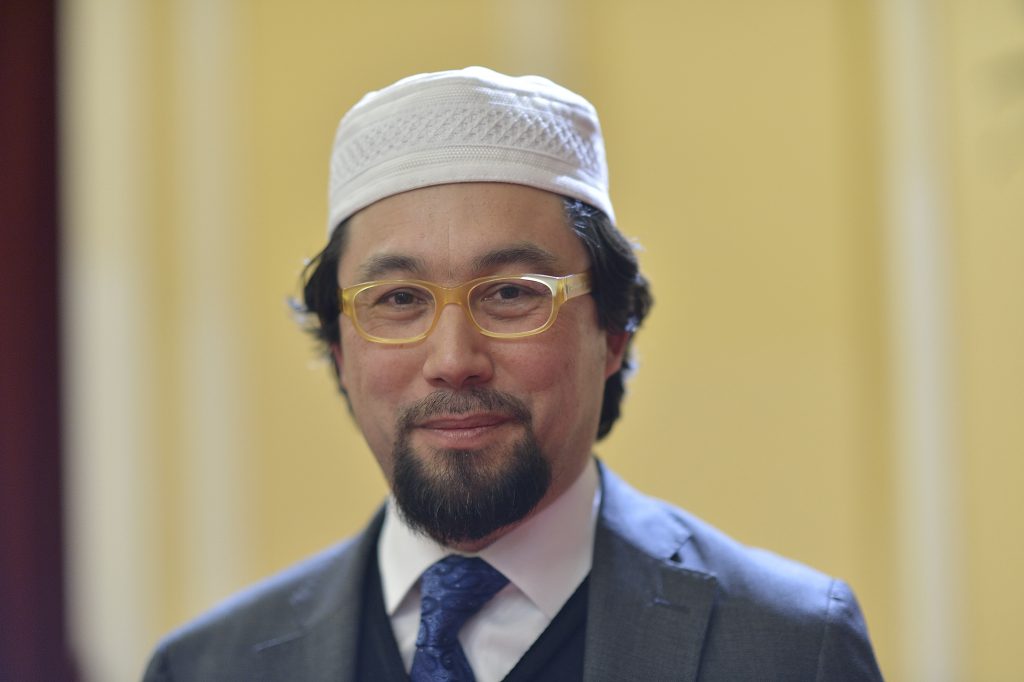 Speaker on Islam at the NATO Defense College in Rome.

Lecturer on Quran and Commentaries for the Master’s on the Religions of Abraham at the Catholic University of Milan.

Lecturer on Introduction to Islam for the Master’s in Science, Philosophy and Theology of Religions at the Faculty of Theology at Università della Svizzera Italiana in Lugano.

Lecturer on Shari’ah, Islamic religious ethics: aims, interpretation and traditional adaptation for the Master’s in Interreligious and Intercultural Integration of the Department of Law at the University of Bari.

Lecturer on The Islamic World and the Prevention of Radicalism for the Master’s in Economic Security, Geopolitics and Intelligence at SIOI, the Italian Society for International Organization in Rome.

In 2004 Il Saggiatore publishes L’Islam in Europa. Riflessioni di un imam italiano. (Islam in Europe. Thoughts of an Italian imam) with prefaces written by the Minister of EU policies Rocco Buttiglione and President of the Union of Jewish Communities of Italy, Amos Luzzatto. The President of the Republic of Tunisia confers on the French edition of the book a prize at the International Competition for Islamic Studies.

In 2007 BUR-Rizzoli publishes Dentro la Moschea (Inside the Mosque) that gathers the experiences and sermons of a first generation of Italian Muslims.

In 2009 a Catholic publishing house, Messaggero of Padova, publishes Il Misericordioso. Allah e i Suoi Profeti (The Merciful. Allah and His Prophets)

In 2010 the Morcelliana editions publish La Sura di Maria (The Surah of Maria). Translation and commentary of Chapter XIX of the Quran.

In 2019, the Christian publishing house Paoline asks Imam Yahya Pallavicini to write the latest book in the Islam series on The Five Pillars. Foundations of Islamic Worship.

Born in 1965 in Lausanne in Switzerland to a Japanese mother and Italian father, both descendants of aristocratic families. His father, Shaykh Abd al-Wahid Pallavicini (1926-2017) converted to Islam in Lausanne through the mediation of sidi Ibrahim Titus Burckhardt (1908-1984) and within the Sufi order of Shaykh Ahmad al-‘Alawi (1869-1934), the first religious guide of the Grand Mosque of Paris in 1926.

His academic path began at the “La Sapienza” University of Roma in the Department of Oriental Studies in the Faculty of Foreign Languages and Literature with courses in Islamic studies by Professor Alessandro Bausani and Father Maurice Borrmans on the Sacred Quran at the Pontifical Institute of Arabic and Islamic Studies. He then attended courses with teachers such as shaykh Ramadan al-Bouti (Paris), mufti Ahmad Kuftaro (Rome), mufti ‘Ali Jumu’a (Cairo), shaykh Naquib al-Attas (Kuala Lumpur). Later, he met Professor O’Fahey at the University of Bergen, Professor Radtke at Utrecht University and Professor Zounat at the University of Rabat who all guided him in research on Shaykh Ahmad ibn Idris al-Hasani al-Fasi (1760-1837).

He is a reserve officer on leave for the Italian army.

In 1998 and in 2016 he has the opportunity to carry out the sacred pilgrimage to Mecca, invited by the Muslim World League, and as a guest of the Custodian of the two Holy Mosques.

During the past twenty years he assisted and supported the spiritual teachings of Shaykh Abd al- Wahid Pallavicini, his father and teacher, who he accompanied in various travels, visits and traditional meetings in Istanbul, Jerusalem, Tunis, Mostaghanem, Cairo, Tripoli and Rabat.

In the United Arab Emirates with the support of shaykh Ahmad Ibn Idris from Sudan, he asks and receives the initiation in the order of the Tariqat Ahmadiyyah Idrisiyyah Shadhuliyyah and a month later in Singapore he meets shaykh Hajj Abd al-Rashid Linggi son of the Malaysian mufti shaykh Muhammad Sa’id.

Since 2006 he has participated in a series of work meetings with mufti Ceric (Bosnia), councillor Abbadi (Morocco), minister Cherif (Algeria), the theologian Nayed (Libya), the jurist Kamali (Malaysia), shi’i ayatollah Taskiri (Iran), president Shamsuddin (Indonesia) with whom he shares the testimony of an international reaction of Islamic traditional orthodoxy against decadence and ignorance and in favour of interreligious dialogue.

In Italy Yahya Pallavicini represents the testimony of a current of Islam that follows the Sunna Muhammadiyyah, the renewal of the Prophetic wisdom, in the light of the religious teaching of spiritual masters such as imam Abu Hamid al-Ghazali (1058-1111) and the noble inheritors of the school of shaykh Abu al-Hassan al-Shadhili (1196-1258).