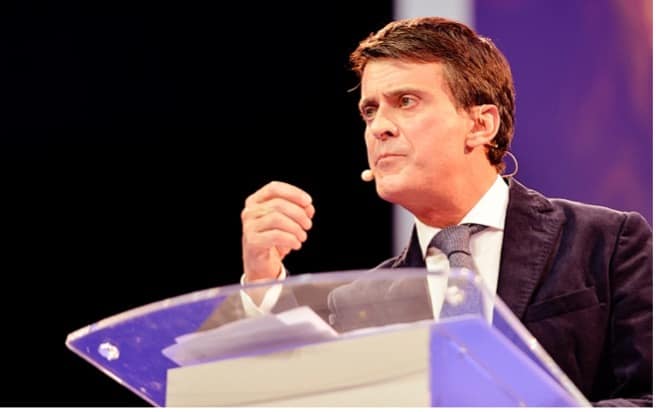 Manuel Valls (1962) is a French politician who was Prime Minister from 2014 to 2016, under the Presidency of François Hollande.

Born in Barcelona in 1962 to a Swiss mother and a Spanish father – the painter Xavier Valls – Manuel Valls has dedicated his entire life to public service.

His studies in History at La Sorbonne allowed him to join student movements through which he joined the French Socialist Party (PS), in whose ranks he was involved in the circle of Michel Rocard.

Manuel Valls held the positions of Interior Minister between 2012 and 2014, member of the National Assembly in several legislatures (2002-2018), regional Councillor of l’Île de France and Mayor of the city ​​of Évry between 2001 and 2012.

From 2019 to 2021, Manuel Valls has been a Councilor in the Barcelona City Council.

Manuel Valls is the author of several political essays. His latest work Pas une goutte de sang français (Grasset, 2021) has had a notable impact in France. Valls is a prominent defender of republican secularism, a strong opponent of both anti-semitism and radical Islamism.