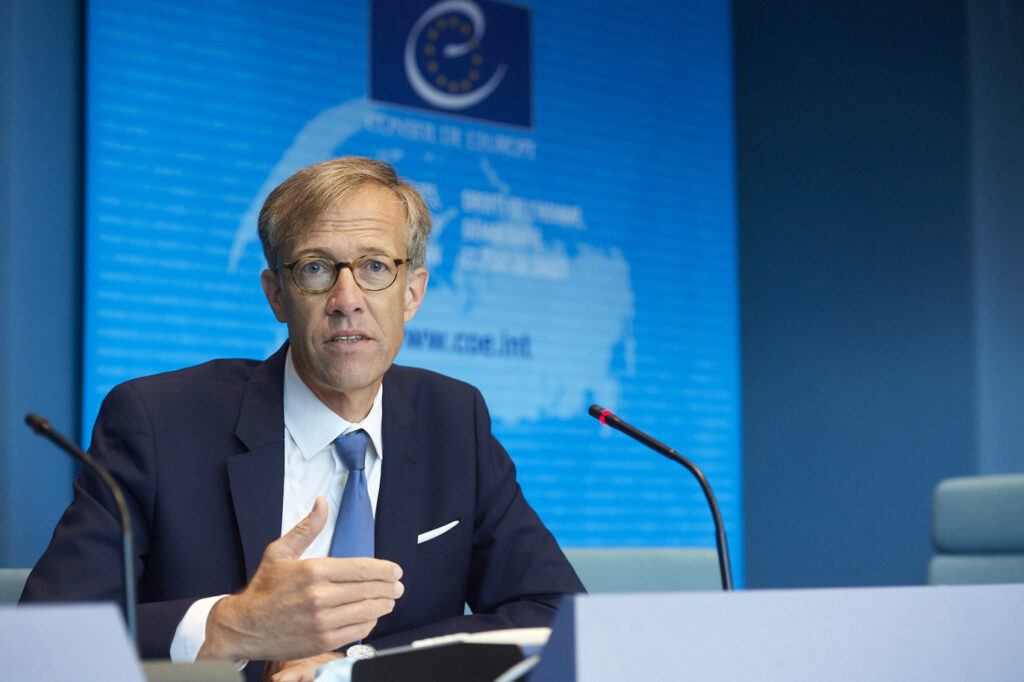 Dr. Daniel Höltgen (55) has been the Council of Europe’s Director of Communications since 2010. In addition, was appointed to the newly created position of Special Representative of the Secretary General on antisemitism, anti-Muslim racism and other forms of religious intolerance in November 2020. He previously worked in senior positions for the German government and at the European Commission.
Daniel holds a Ph.D. from the University of Cambridge and a diploma from the Catholic school of journalism in Munich.
Daniel has British and German citizenship.