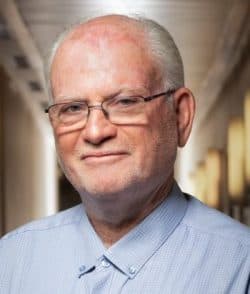 Prior to assuming his current position in February 2017, General Gilead led a distinguished career for more than three decades in the IDF and in the Israeli Defense Establishment, his last position being Director of Policy and Political-Military Affairs at the Ministry of Defense. In that position, which he held for more than 13 years, General Gilead managed Israel’s international defense and political-military relations and played a key role in developing Israel’s defense relations with key Sunni-Arab nations.

General Gilead earned his Master’s degree in National Security Studies from the University of Haifa and the National Security College. He is the recipient of the U.S. Legion of Merit and of the Defense Intelligence Agency (DIA) Director’s Award.