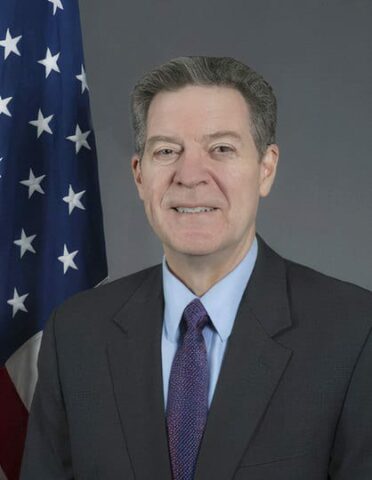 Brownback was the 46th Governor of Kansas. He was first elected in 2010 and re-elected in 2014. He left office after being confirmed to the position of Ambassador-at-Large in January 2018.
Prior to becoming governor, Brownback served in a number of elected government offices in Kansas. After one term in the House of Representatives, he served as Senator for Kansas from 1996-2011, having first won a special election to fill the seat left vacant by Bob Dole (R). Brownback began his political career in 1986 when he became the youngest individual to be the Secretary of Agriculture in the state’s history. During his tenure as Secretary, Brownback did double duty as a White House Fellow under the administration of George H.W. Bush.
Brownback is a licensed attorney, having graduated from the University of Kansas School of Law.